ActualidadCorporativo FinancieroLLORENTE & CUENCA top PR advisor in 2018 according to Mergermarket 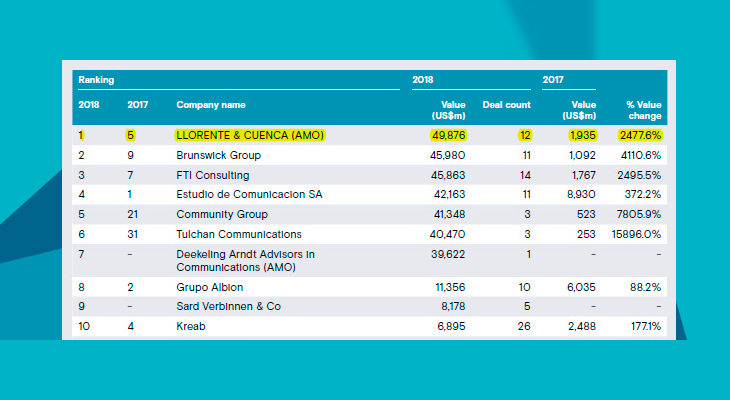 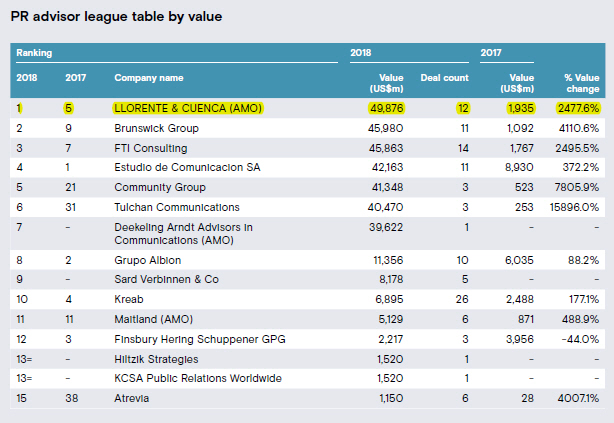 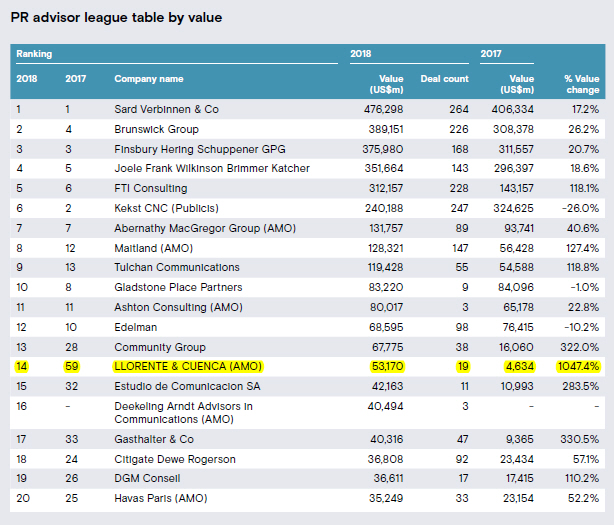 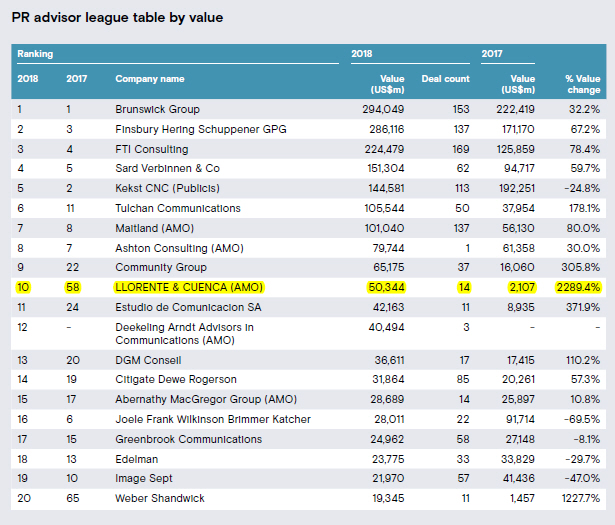 «We have a team highly specialized in M&A, with global capacity for action thanks to our membership of the AMO network. Once again, our results show that LLORENTE & CUENCA is the leading consultancy in advising these operations and we hope that next year we will continue to increase our presence in this type of corporate movement», said José Antonio Llorente, founder partner and chairman of LLORENTE & CUENCA.