NewsNewsLLYC ranks in the TOP 10 M&A advisors in the Americas, according to Mergermarket

LLYC ranks in the TOP 10 M&A advisors in the Americas, according to Mergermarket 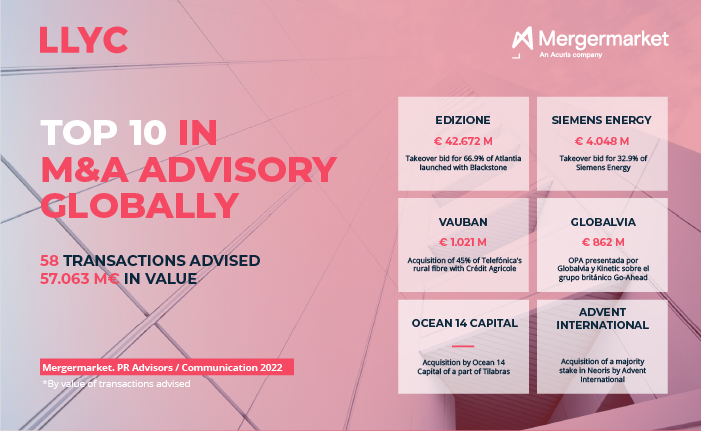 LLYC closed 2022 in the TOP 10 globally and in the TOP 10 in the Americas of M&A communications advisors by deal value, according to official rankings published by Mergermarket. This milestone was reached thanks to the total number of transactions advised by the firm last year, with 58 for a total amount of €57,063 million, of which 12 transactions were in the Americas region for a value of €47,106 million. 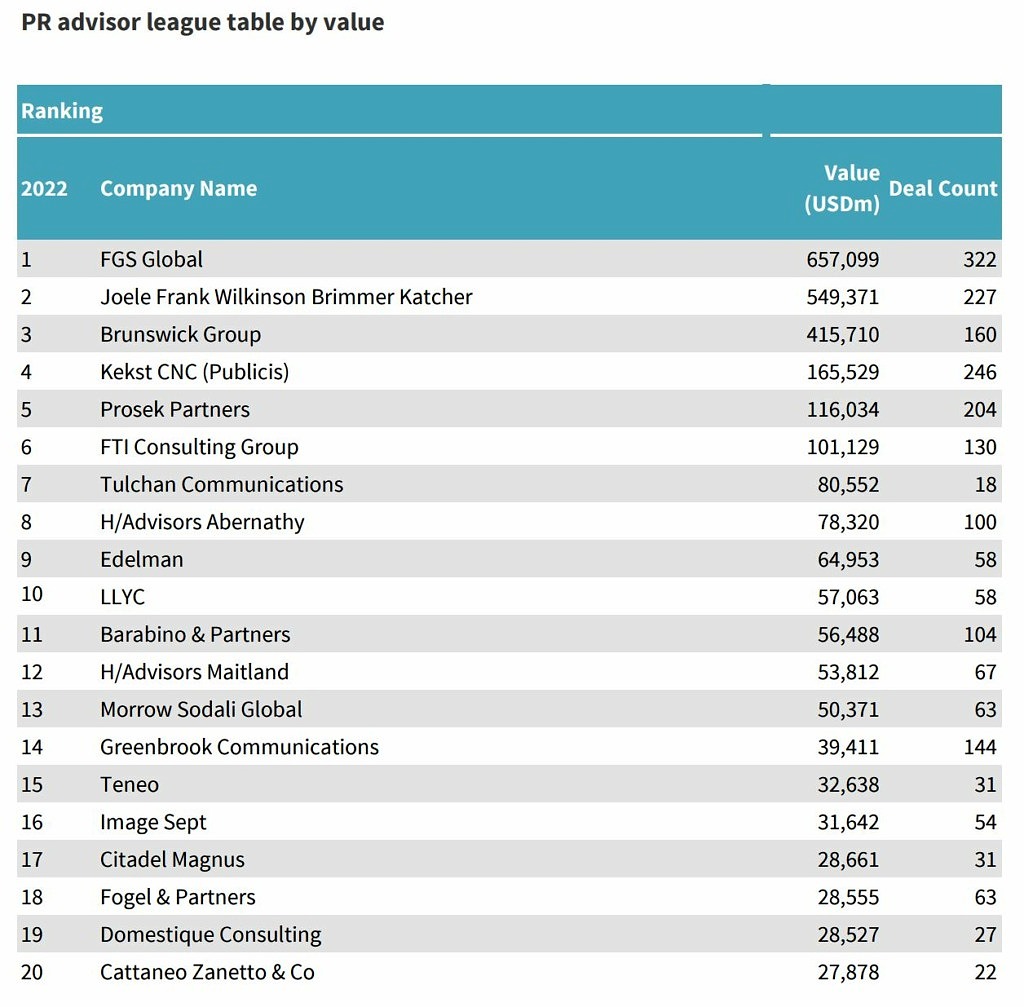 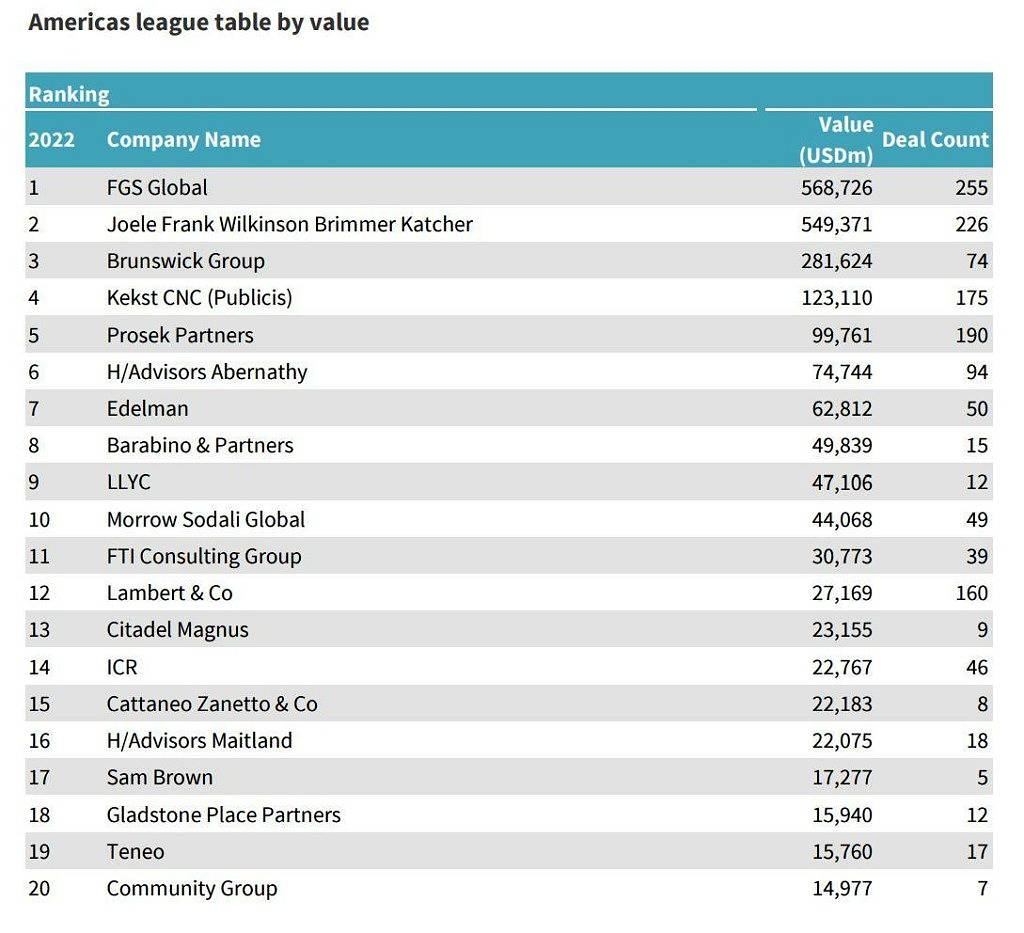 In addition, it is important to highlight the global leadership of FGS, an international communications consultancy with which LLYC is associated and with which it develops cross-border projects. The firm closes 2022 as number one worldwide in terms of both the number of transactions (322) and value (€657,099 million), an outstanding position also achieved at the European level, and in key countries such as the United Kingdom, Germany and the United States.

In collaboration with FGS and its partner firms, LLYC has advised on some of the most important transactions of the year, such as Siemens Energy’s takeover bid for Siemens Gamesa or the takeover bid launched by Edizione and Blackstone for Atlantia.

“The year 2022 proved to be positive for LLYC which, despite the uncertainty of the environment, has consolidated its position as the advisor of reference for highly complex M&A transactions that require the involvement of specialists from different fields and those with a strong international component,” explained Luis Guerricagoitia, Senior Director in the Financial Reporting Area at LLYC. “While we continue with a scenario marked by disruptions that are still slowing the market, we are confident that the high liquidity and the interest of large international funds will allow the reactivation of activity as 2023 progresses,” he pointed out.