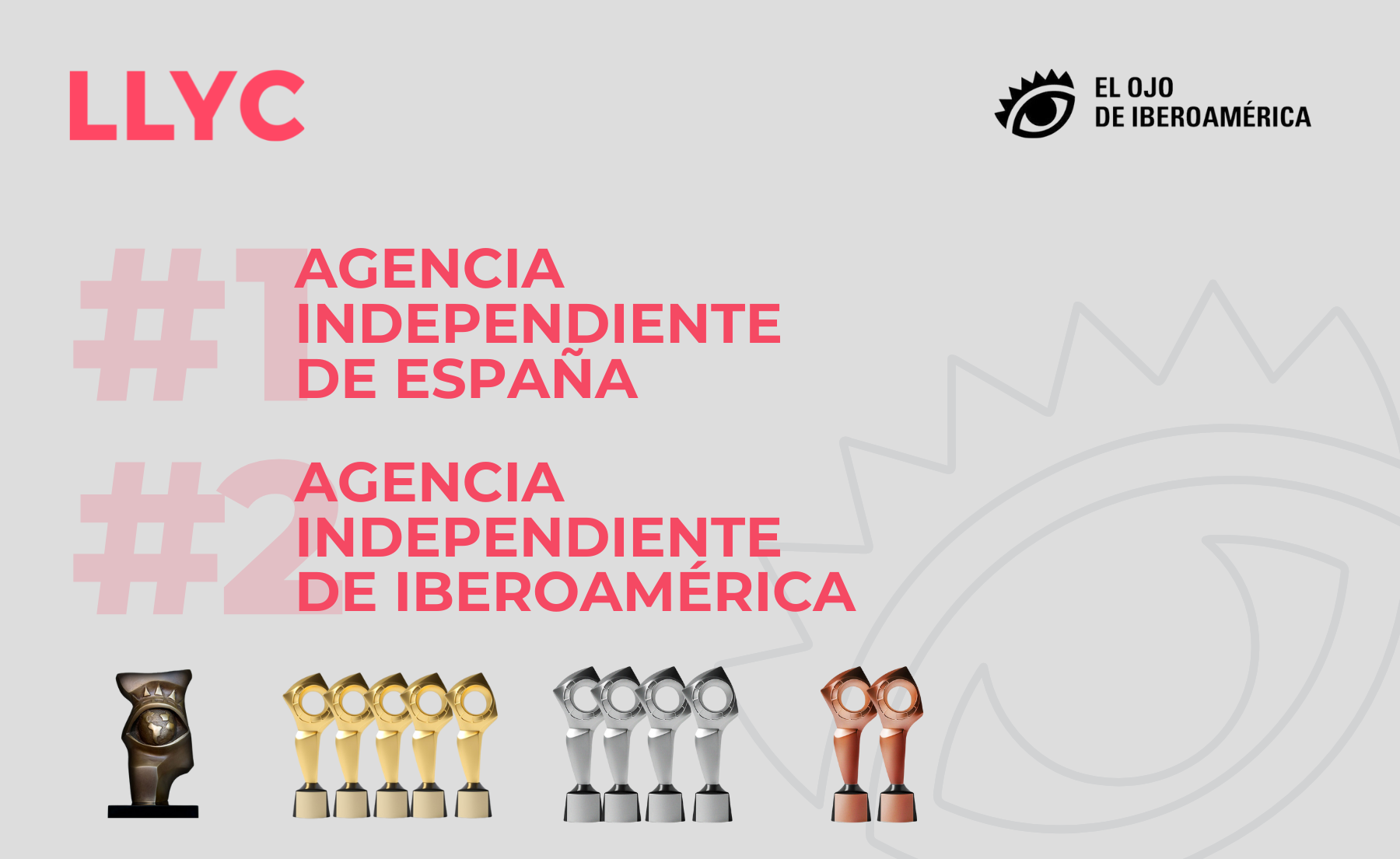 LLYC closes El Ojo de Iberoamérica with a very positive result. It was awarded the best independent consulting firm in Spain. It also received a special mention as the second best in Ibero-America. These awards are in addition to the 12 medals won, most of them for ‘Bihar, choosing tomorrow’. The campaign for BBK was one of the competition’s big winners, receiving a Gran Ojo in the Public Road category, five gold and four silver medals. The firm’s other award-winning projects were ‘You’re a gamer and you don’t know it’ for Multiópticas and ‘Sign Language Soup’ for La Moderna, created by BESO by LLYC, which both won bronze medals.

Julio Alonso Caballero, Executive Creative Director of LLYC, shared his thoughts: “We are very proud to have been chosen as the best independent Spanish consulting firm and second best independent firm in all of Ibero-America. As an Ibero-American communications consulting firm, it is very important for us to be able to connect with Latin American creativity in this way.”

El Ojo de Iberoamérica is the first international contest with a Latin criterion and a Latin view of thought, creativity and freshness. These awards recognize the region’s best professionals and companies and their work, and attract leading international and regional figures to the region to share their thoughts and experiences.