NewsCorporate and Financial CommunicationsLLYC heads up advice on mergers and acquisitions in Spain, according to Mergermarket

LLYC heads up advice on mergers and acquisitions in Spain, according to Mergermarket 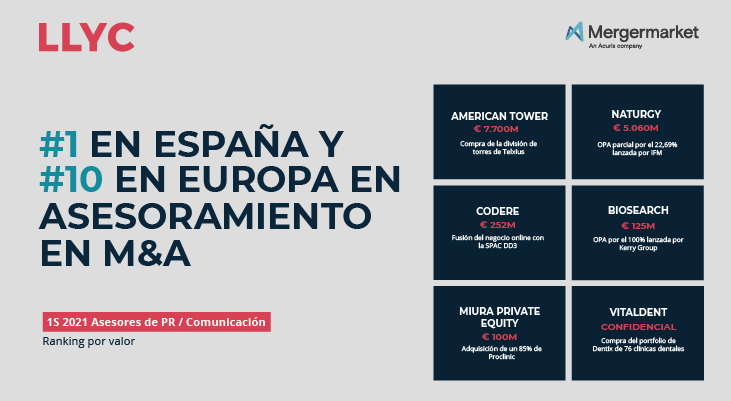 LLYC is ranked as the leading communication consultancy firm in Spain in mergers and acquisitions (M&A) in terms of the value of the operations it has advised on in the first half of the year, according to figures from the analysis agency Mergermarket. Accordingly, the firm has advised on a total of 14 transactions in Spain for a value of 13.34 billion euros.

Moreover, at a European level, LLYC has broken into the top 10 communication advisers on M&A operations, with 19 operations advised on for a value of 15.22 billion euros. This is a significant leap on the figures reported by Mergermarket in the same period of 2020, which thus positions LLYC as the only Spanish consultancy firm among the top 10 in operations advised on.

LLYC’s Financial Communication team, headed up by Luis Guerricagoitia, has taken part in the communication process of some of the most important corporate operations that have taken place in the first half of the year, such as the partial takeover bid launched by IFM for 22.69% of Naturgy, the takeover bid launched by Kerry Group for 100% of Biosearch, the purchase of the towers division of Telxius by American Tower, the merger of Codere Online with the Mexican SPAC DD3 and the acquisition by Miura Private Equity of an 85% stakeholding in the capital of Proclinic.

LLYC has also taken part in other major M&A operations which, although announced in 2020, have taken place over the first half of this year, such as the merger between CaixaBank and Bankia.

In the first half of the year, the team has also bedded down its position as a benchmark partner in advice on stock market listings, both on national and international markets. Accordingly, among other operations, LLYC, together with its partner FGH, has advised Acciona on the stock market debut of its renewable energy subsidiary Acciona Energía, the largest IPO in Spain since 2015. Also, it accompanied the Spanish company Allfunds in the communication of the IPO that the group made in its debut on Euronext Amsterdam. 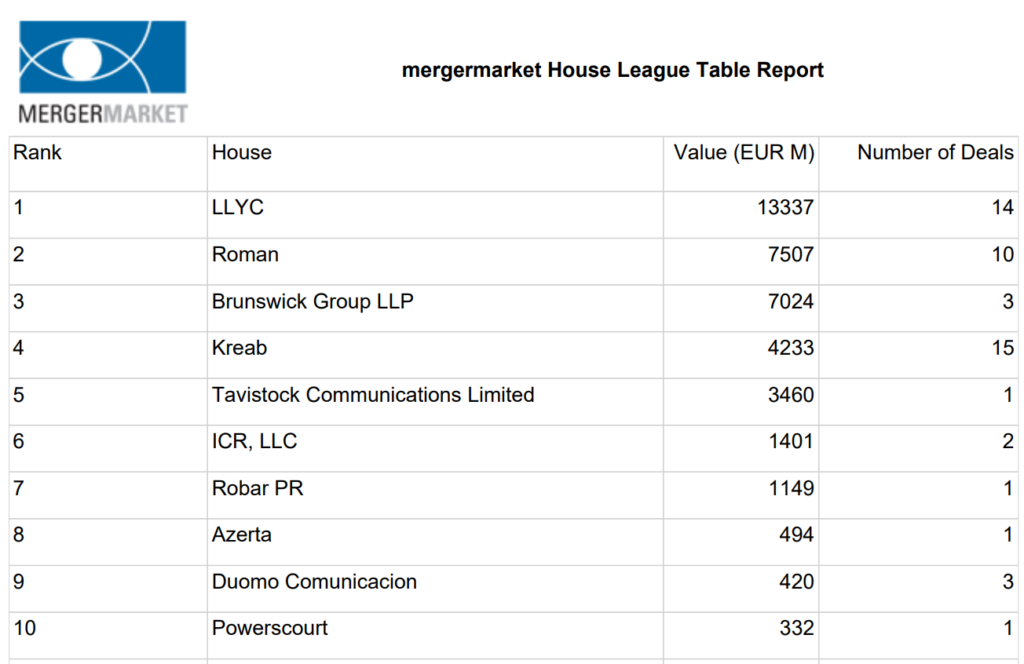 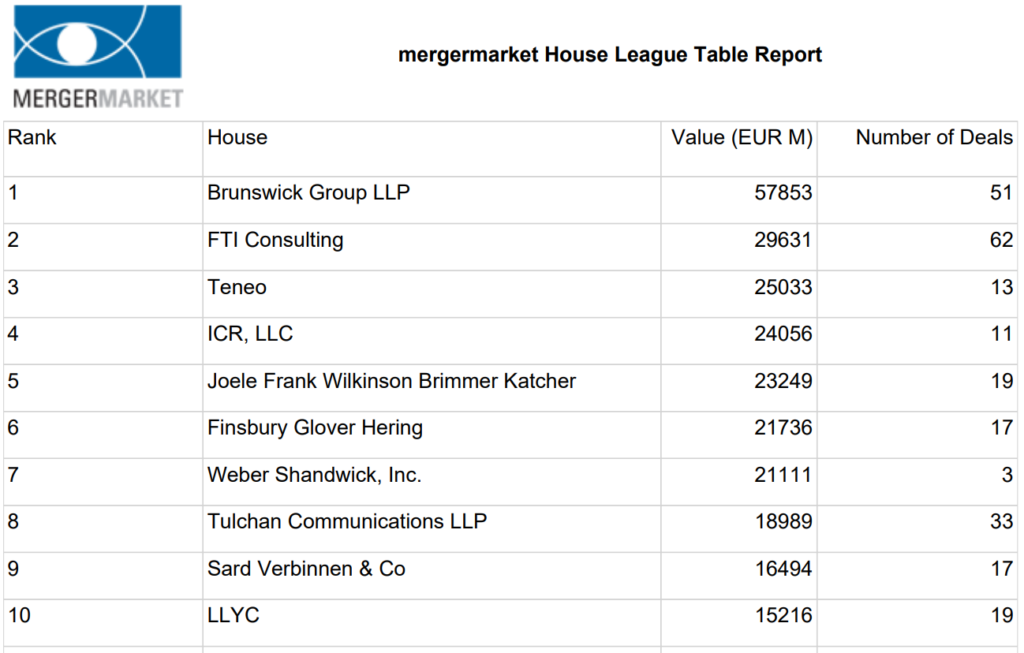