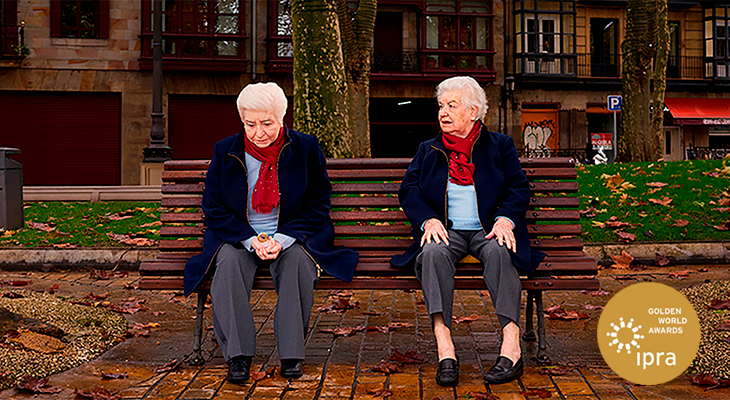 LLYC has received the Grand Prix at the IPRA Golden World Awards 2020 for its project for BBK entitled “Invisible Soledad” [Invisible Solitude]. It thus becomes the only Spanish communication consultancy firm to win this award for excellence in the recent history of the event.

For David González Natal, Partner and Senior Engagement Manager, “this recognition is one of the most prestigious that a project can receive in the world of communication and the whole team at LLYC are particularly overjoyed to receive it for the project “Invisible Soledad”, since it is an idea through which we have sought to successfully break through the habitual communication barriers dealing with something as important as the solitude of the elderly”.

As well as the Grand Prix, the project had also previously received awards at this event in the categories of Community Relations, Integration of Traditional Media and Corporate Responsibility.

The IPRA Golden World Awards, held since the year 1990 by the International Public Relations Association, recognize excellence in the practice of communication at a global level in various categories. Each year the Grand Prix is awarded to the best winning project. At this year’s edition of the IPRA Golden World Awards, 80 case studies from 23 different countries received awards.