NewsConsumer EngagementLLYC, double finalist at The One Show Awards with “You’re a gamer (and you don’t know it)”

LLYC, double finalist at The One Show Awards with “You’re a gamer (and you don’t know it)” 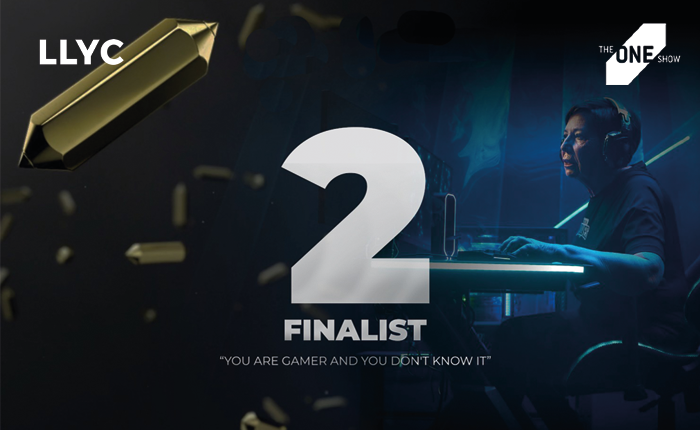 The campaign “You’re a gamer (and you don’t know it)”, developed by the Consumer Engagement team at LLYC for Multiópticas, has managed to be a double finalist at The One Show 2022 – the prestigious advertising, design and digital marketing festival that will present its awards on May 20, 2022 in New York. It will specifically vie for awards in the categories of Innovation in Public Relations and Influencer Marketing-Single Channel.

For Julio Alonso Caballero, Executive Creative Director at LLYC, “We are very pleased to see how Screen Pollution for Multiópticas continues to grow at festivals. It is very nice to see how such a local story as the campaign starring Celia Villalobos can connect with everybody through creativity”.

Until now, when people spoke about gamers, they tended to think of those young people who spend hours playing video games. However, we discovered that, despite 70% of the Spanish population between 45 and 75 years of age not identifying themselves as gamers, 85% of them spend on average one hour and 20 minutes a day playing with devices with screens. An activity they carry out in the worst conditions for their eye health: using small screens in the dark.

Multiópticas sought to raise awareness about the responsible use of screens, focusing on all those people who are gamers without knowing it, as they spend many hours in front of screens playing video games, so that they can become aware of the impact this has on their sight, and so that they can also look after their eye health. But the campaign also sought to raise visibility about this reality by challenging the stereotypical image of gamers and empowering the elderly to enjoy video games. To achieve this, it contacted a public figure who had shown herself to be a gamer before all of Spain yet denied his for years: Celia Villalobos, who was caught out playing the well-known mobile phone game Candy Crush in the Lower House of Parliament. The company made an unexpected advert based on her own past and directly related to the story that the brand has sought to build for the last two years. Together, with Celia Villalobos, we created Screen Wolves – a fictitious eSports team that she captained which, according to the presentation narrative, was designed to tackle all the critics. To create expectation, we launched an initial publication to generate uncertainty among the public about who the members of the team would be.

After 48 hours of debate and theories about who was behind the team, we made a live broadcast on Twitch of the Screen Wolves, together with Celia Villalobos, where we unveiled the initiative promoted by Multiópticas, achieving the dual aim of raising visibility and awareness of the daily consumption of screens, above all when playing games with them, while showing the brand’s commitment to this reality. The campaign had a great impact, with widespread repercussions on social and traditional media.