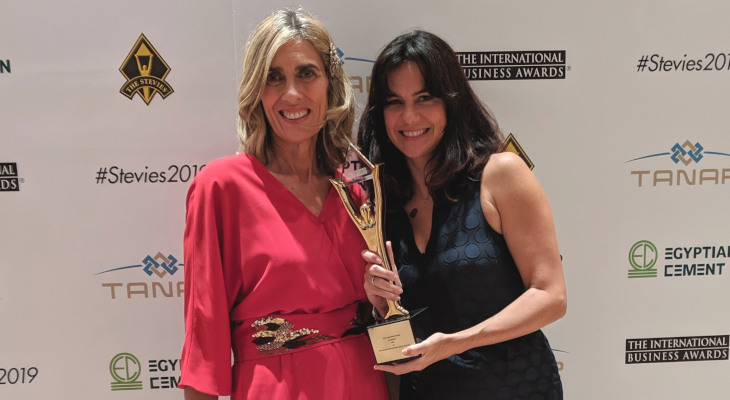 LLYC won 28 prizes at the International Business Awards 2019: One Grand Stevie, 17 Golds, 7 Silvers and 3 Bronzes. The awards were presented at a gala in Vienna, Austria, on Saturday, Oct. 19.

LLYC was not only named Communications Consultancy of the Year in Latin America and Europe once again, but also won the Grand Stevie for Most Honored Public Relations Agency this year.

The 17 Gold Stevie Awards marked a milestone in International Business Awards history, as no other company had earned so many in the 16 editions since it began.

“We are very grateful for the trust our clients have placed in our talent and professionals,” said LLYC Founding Partner and Chairman Jose Antonio Llorente. “This is what has given us the opportunity to communicate these wonderful ideas, worthy of these prestigious recognitions from the International Business Awards.”

GeneradorES, a creative idea to develop a program focused on young talent, emerged as a result of Coca-Cola’s commitment to Spanish society. Coca-Cola wanted to continue investing in younger generations, which is how GeneradorES was born. The program aimed to give the latest generation a voice and allow them to contribute their talents to building their country’s future. To achieve this, 25 participants focused intensely and enthusiastically on five proposals for four days, working to contribute to solving some of the most relevant challenges Spanish society faces today.

“El sentido del cacao” is an innovative project conducted in collaboration with Jordi Roca, chef of three-star Michelin restaurant El Celler de Can Roca, and inspired by BBVA’s “Creating Opportunities” purpose. This gastro-scientific journey was developed by experts from BBVA, CSIC, Fundación Cerebro and Red Olfativa Española, among others, to try to restore the taste of chocolate to a group of people who have lost this sense. The project, a pioneer effort mixing neuroscience, gastrophysics and sensory management, was also turned into a documentary that aired in more than 32 countries. The initiative was accompanied by a limited edition of chocolates, representing a wake-up call to the world regarding loss of taste, a little-known ailment that affects 17 percent of the global population.