NewsNewsLLYC, public relations agency of the year and top consultancy in Europe

LLYC, public relations agency of the year and top consultancy in Europe 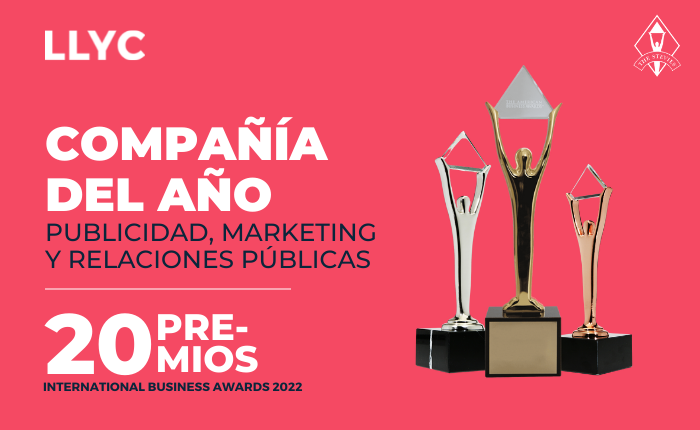 Basking in the bling of 20 medals, i.e., 8 golds, 7 silvers and 5 bronzes, LLYC now stands as the Spain’s top awarded consulting firm in this year’s event. The results were announced yesterday on the organization’s official website and the award ceremony will be held on October 15 in London.

In the words of José Antonio Llorente, Founding Partner and President of LLYC: “We have had a year of growth, and the fact that it has been accompanied by the recognition of the International Business Awards is an indicator of the excellence and quality of the work we are doing. Being recognized as Company of the Year and Best Public Relations Agency in Europe makes us especially happy, gives us an enormous international projection and encourages us to continue in the same direction, betting on creativity and innovation.”

The International Business Awards rank among the most important business awards events in the world. They were created in 2002 as one of eight competitions organized by the Stevie Awards to recognize the achievements and contributions of organizations and professionals around the world. Over 3,800 projects from 67 countries were submitted this year.