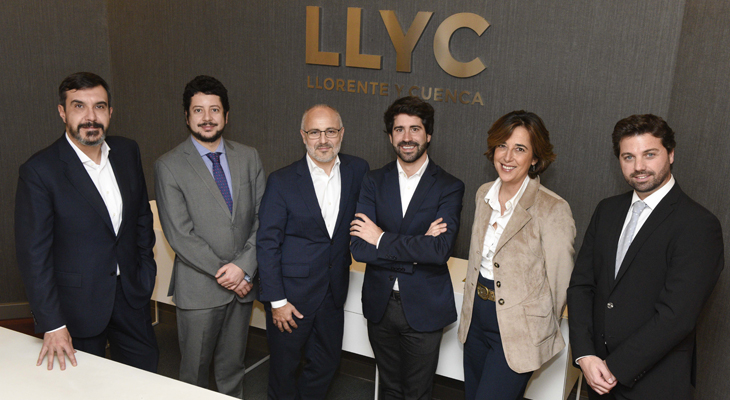 LLYC has announced the acquisition of the consultancy Diplolicy, which specializes in public affairs, institutional relations and competitive intelligence. As part of the deal, Diplolicy cofounder and General Manager Roger Montañola will join LLYC as senior director of public affairs in Barcelona, and the executives Ignasi Belda and Xavier Salvatella will be senior advisors.

The acquisition broadens LLYC’s workforce of over 60 employees in Barcelona, led by María Cura, and strengthens its Public Affairs department, led by Joan Navarro.

Roger Montañola is one of the cofounders of Twenty50, a platform for reflection and plural interaction in ideologies and professions for debate on global challenges in the medium and long terms. He is an IVLP alumni of the State Department and was included in TT Friends of Europe’s 2019 list of 40 under 40 European Young Leaders. As part of the political party Convergència i Unió between 2010 and 2015, he became the youngest legislator in the Catalonian Parliament. He has worked as a political analyst for TVE and Radio Nacional de España and currently collaborates with 8TV, Rac1 and TV3. He was a partner and cofounder of Diplodat Technologies, a political-risk analysis firm.

Xavier Salvatella was the public relations director for the Real Club Deportivo Espanyol de Barcelona soccer team, and he also worked as a corporate and political reporting consultant for Grupo GAD3. Ignasi Belda worked as manager of the research center Parque Científico de Barcelona, he received the Príncipe de Girona award in 2014 and he remains closely associated with the biotechnology sector.

Joan Navarro, partner and vice president of Public Affairs of LLYC: “The acquisition of Diplolicy is among this year’s achievements of the Public Affairs department. Above all, it constitutes an important step forward in the growth of our department and will allow us to provide our customers with consultancy in technological and regulatory issues, as well as new ideas and projects that will make for better interaction with and understanding of their surroundings.”

Roger Montañola, founder and general manager of Diplolicy, has stated that “working with top professionals in a firm such as LLYC is a great personal and professional achievement and will allow us to offer better solutions and services to our Catalonian customers and the world.”