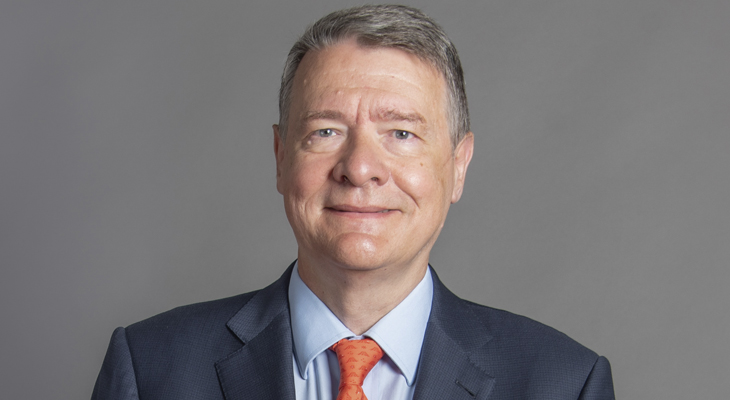 LLYC announced today the return of Jordi Sevilla as Senior Advisor and Director of the Economic Context Area. This position was held until now by Román Escolano, who is embarking on a new professional path as Group Chief Risk Officer at the European Investment Bank.

During his first period with the firm (2016-2018), Jordi Sevilla joined the team at the Madrid office to work with Public Affairs and to develop and coordinate a new specialty area, Economic Context, focused on helping clients better understand the economic world around them, anticipate what might happen and know how to react to a changing reality so they can take better decisions for their business. Over the course of those two years, he successfully boosted the visibility of LLYC as a company in the world of economics and also positioned us as a strong source of information in business.

Following a period as Chairman of Red Eléctrica de España between 2018 and 2020, Jordi Sevilla is now resuming his work at LLYC to continue promoting the Economic Context Area. Over the last two years, with Román Escolano at the helm, this area has successfully consolidated LLYC as a benchmark in this field.

Joan Navarro, Partner and Vice-President of Public Affairs, said “it has been a privilege to have Jordi and Román help launch and consolidate the specialty Economic Context Area that, in just a few years, has become a major benchmark in the field of economic information consultancy services. We are very happy to once again count on the exceptional experience and knowledge of Jordi Sevilla, and we thank Román for the extraordinary added value he brought to the area while wishing him all the best for his future professional endeavors”.

With a professional career spanning more than 20 years, Jordi Sevilla belongs to the Higher Corps of Commercial Technicians and Economists of the State, having held various public authority positions. He was Chief of Staff for the Minister for Economic Affairs and the Treasury between 1993 and 1996. He was subsequently appointed as Minister for Public Administration Services (2004-2007), during which time he approved the Spanish e-Government Act and the Spanish Basic Statute of the Civil Service. He was responsible for Pedro Sánchez’s economic affairs team while he was a candidate for Presidency of the Government. For ten years, he has also been a Member of Parliament, Economics Spokesperson in the Lower House of Parliament and Chairman of the Climate Change Committee. He gave up his seat in 2009 to work as a Senior Counsellor at PwC for six years, advising companies and administrative bodies and heading up the ‘Spain 2033’ project.

With a professional career spanning more than 20 years, Román Escolano is an economist and belongs to the Higher Corps of Commercial Technicians and Economists of the State, having held various public authority positions. He was Director of the Economics Department of the Office of the President of the Government during the period of José María Aznar from 2000 to 2004. He was subsequently Institutional Relations Director at BBVA (2005-2011), President of the Official Credit Institute (2012-2014) and Vice-President of the European Investment Bank (EIB) (2014-2018). His most recent post, before joining LLYC in 2018, was as Minister for Economic Affairs, Industry and Competitiveness for the government of Mariano Rajoy.