NewsNewsGold Prize at the Andy Awards for Invisible Solitude

Gold Prize at the Andy Awards for Invisible Solitude 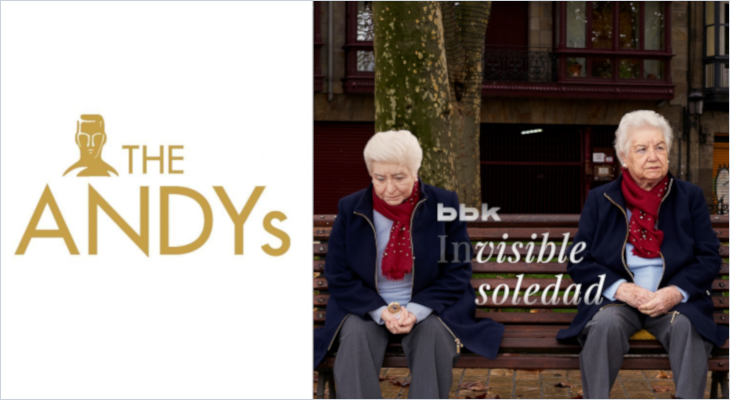 The project entitled “Invisible Solitude“, led by Consumer Engagement and Estudio Creativo for the BBK Foundation, won gold prize in the Craft category at the 2020 Andy Awards. This category recognizes the project that most effectively combines production and design to communicate a message.

David González Natal, Partner and Senior Director of the Consumer Engagement Area of LLYC, said “this recognition at one of the biggest global events for creativity is a source of enormous pride for the whole team who contributed to “Invisible Solitude”, a risky project that highlights what is one of the major as yet untouched topics in society. We would like to thank our client, BBK, for its courage and the panel for giving us the prize”.

The Andy Awards is one of the most important and long-running international advertising festivals. Organized by the Advertising Club of New York, it rewards advertising excellence year after year. Representatives from the top agencies and advertisers in the world sit on the panel. The not-for-profit event donates all revenue to projects aimed at the education sector.

Over two million elderly people over 65 live alone in Spain today. The “Invisible Solitude” campaign arose from the fact that this problem only comes to light when someone dies alone and weeks, months or even years go by before they are found. The campaign attempts to show that the worst thing about solitude is not the end but rather all the time leading up to the end.

Mercedes is one of those people living alone in Spain. She is an 89-year-old woman from Bilbao who inspired the campaign and features in it. To launch a social debate, it was decided to install a hyper-realistic sculpture entitled The Last Person who Died Alone by the Mexican sculptor, Rubén Orozco, on the Paseo del Arenal in Bilbao two days before the presentation. Following the debate generated on social media the days before, which attracted the media’s attention, Mercedes appeared during the media presentation to tell everyone in her own words and explain how, in actual fact, she is dead because for her, solitude is a “living death”.