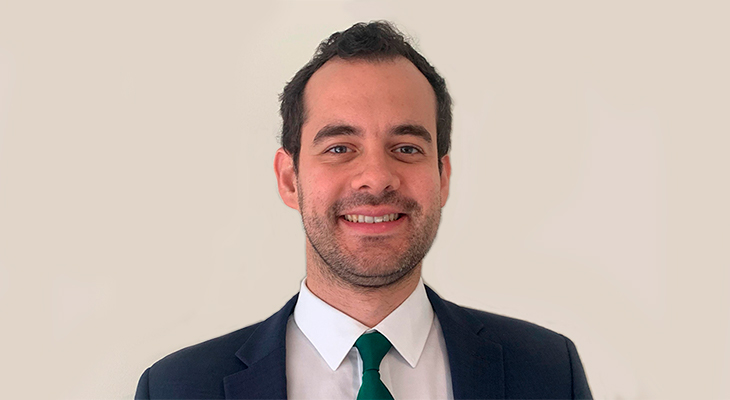 LLYC has announced that Francisco Marquez will be joining the firm as its new Washington DC Office Director. He will be joining LLYC’s leadership team in the United States, comprising Alejandro Romero, Partner and CEO of the Americas, and Emigdio Rojas, Executive Director in Miami. He will also be working closely with FGH, a global consulting firm that LLYC joined as an associate partner in 2019.

Marquez has been at the crossroads of public policy, advocacy, and external relations for much of his professional career. He has served in roles such as Political Counselor to the Venezuelan Embassy in Washington D.C, NGO Director and Harvard Ash Fellow of Democracy in Hard Places, Chief of Staff of the Mayor of El Hatillo (Caracas, Venezuela), and UFacilitate Senior Director of Strategic Partnerships, to name a few.

The addition of Marquez is the next step in LLYC’s plan to become a U.S. Hispanic market leader. This population has been significantly growing in importance over the past several years, and they continue to want to engage in their language and culture. This has left a gap between them and many U.S. businesses that LLYC seeks to fill.

“Our mission is to be a bridge between companies and Hispanic communities both inside the U.S and in Latin America, and Francisco will be an excellent asset as we pursue this goal,” Alejandro Romero explained. “From his office in DC, he will contribute to the unrivaled knowledge of the culture, languages, and region that we offer our clients throughout the United States.”

Marquez, for his part, is looking forward to his new role. “I am very excited to join LLYC, because it’s an organization where I can use my public service background to have an impact, while also broadening my scope of work with really interesting projects,” he shared. “The Washington D.C market represents a big opportunity to work with multilaterals, multinational companies, Think Tanks, and NGOs that work both in Latin America and with the Hispanic market in the United States, and I look forward to helping them achieve success with Hispanic communities in the United States and beyond.”

A U.S. citizen, Marquez earned a degree in Law from Universidad Católica Andrés Bello in Venezuela, followed by a master’s in Public Policy from the John F. Kennedy School of Government at Harvard University.