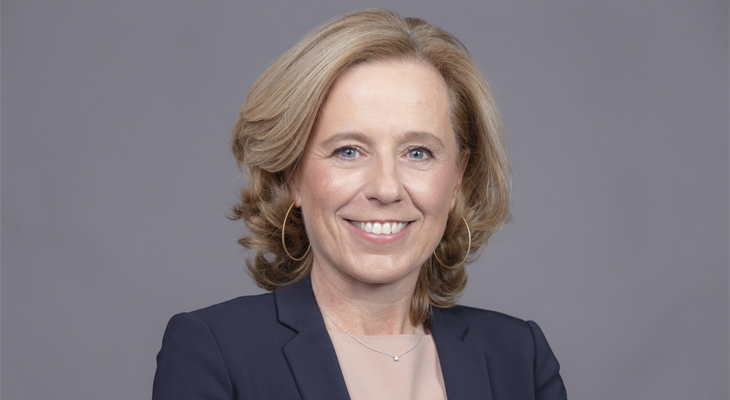 LLYC has announced the next appointment of Cristina Ysasi-Ysasmendi as Corporate Director of the Firm. Cristina belongs to the Superior Body of Civil Administrators of the State since 1996, which has allowed her to occupy several relevant positions in the Government of Spain, among them, Deputy Director of the Cabinet of the Presidency of the Government as Assistant Secretary, and General Assistant Director of the State Heritage, in the Ministry of Finance. She was currently a member of the Legal Department of the National Commission of Markets and Competition (CNMC, in Spanish).

The main functions of Cristina Ysasi-Ysasmendi as Corporate Director will be to promote the activities of the LLYC Foundation, coordinate the IDEAS knowledge platform, strengthen institutional relations and supervise the digital strategy and brand development in all the company’s operations.

She has a Business Advisor and Law degree by the Pontificia de Comillas University. In 1996, she joined the General Directorate of State Heritage, where she held various positions as Program Director, Technical Advisor and Head of the Area of Wealth Administration and Exploitation, until being appointed General Deputy Director of State Heritage, in the Ministry of Finance, a position she held from 2002 until the end of 2010. By that date she joined the Ministry of Economy and Finance of the Community of Madrid, acting as General Director of Financial Policy, Treasury and Heritage. In 2012, she joined the team of the Presidency of the Government of Spain, first as head of the Legal-Institutional Department of the Cabinet of the Presidency, later as Director of the Department of National Affairs and, finally, joined the Deputy Directorate of the Cabinet of the Presidency of the Government, coordinating the various departments dependent on it.

For José Antonio Llorente, “having a professional with the experience and skills as those of Cristina is a valuable contribution to our brand and our team. With her at the head of the Corporate Management, our strategic communication will accompany the growth of the company and allow us to anticipate the new scenarios ”.

“I am excited to join the great LLYC team and contribute my expertise and knowledge to address the company’s goals and strengthen its strategic leadership in communication and public affairs,” said Cristina Ysasi-Ysasmendi, Corporate Director of LLYC.