NewsNewsWomen leaders: underrepresented in social conversation with 25% of messages

Women leaders: underrepresented in social conversation with 25% of messages 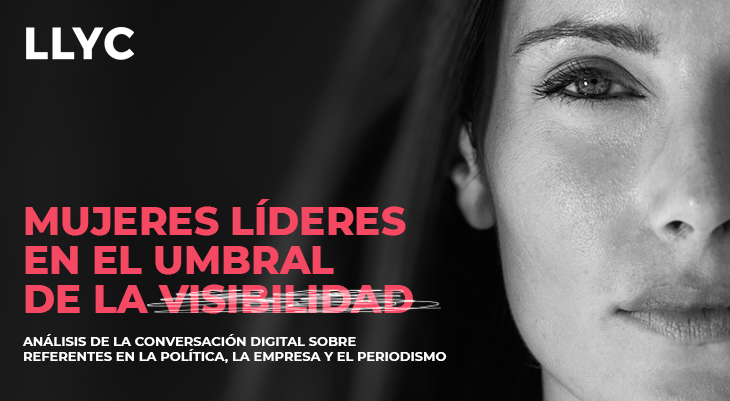 Women leaders are underrepresented in digital conversation. Even in a sample with the same number of women and men leaders, just 25% of messages referred to women. The almost complete lack of visibility of women business leaders is particularly worrying, with less than 1% of messages. The differences in the treatment men and women receive is clear: while women receive more shows of affection, they are also subject to more childish treatment and are associated on many more occasions because of their relationship with their partner or family.

These are some of the conclusions in the report entitled “Women leaders on the threshold of visibility. Analysis of digital conversation on leaders in politics, business and journalism”, prepared by LLYC. To prepare this, conversation on Twitter was studied over a year in relation to the profiles of 360 men and 360 women leaders in 12 countries (Argentina, Brazil, Chile, Colombia, Ecuador, Spain, the United States, Mexico, Panama, Peru, Portugal and the Dominican Republic).

The report analyzes the differences in attention given to women, above all in the tone and content of the conversation generated about them, compared with the attention given to men. To do this, the Deep Digital Business team at LLYC used Natural Language Processing (NLP) techniques to process 11.5 million messages published on Twitter over the course of a year (2/1/21 – 1/31/22), comprising almost 70 million words, and the analysis of the sentiment for a qualitative evaluation.

José Antonio Llorente, Founding Partner and Chairman of LLYC: “The visibility of female talent is clearly an accelerator of equality but it is still very low in such areas as business. Regrettably, a young woman who is active on social media and who aspires to run a company will only see a man running a company on Twitter. This analysis is launched in a search for answers as to why many women are still not crossing the threshold of visibility. Our team has made a very significant effort in line with our commitment to equality”.

The visibility gap is significant: women leaders are quoted much less often than their male counterparts: only one in every four messages (25.76%) refers to them. Or read another way, we can appreciate that male leaders are represented three times more than women. The situation is even worse in countries like Portugal (17.1%), the United States (18.3%) and Ecuador (19.5%), way below the average. However, there is greater parity in Peru (50.6%) and Panama (47.2%), and the Dominican Republic particularly stands out, with 71.5% of messages posted about women.

Women business leaders without a voice

In the United States, the absence of visible women heading up technology companies, which generate very high volumes of conversation, produces a huge difference: 98% of the conversation about 20 business leaders revolves around the ten that are men. And although the average is also low in Ibero-America (9% of messages about businesses), the situation is even worse in countries such as Chile, Colombia and Mexico (1%).

Visibility in journalism and politics

Journalism is consolidated as the field with the greatest visibility of women. 47.4% of the conversation in this field refers to influential women journalists. The visibility of women journalists is much higher than for men in the USA (25% more) and, of the three fields studied, journalism has the highest percentage of mentions for women in Ibero-America (37.07% of the total).

For its part, there was parity in the visibility of men and women in politics in Argentina, Chile and Panama. Unlike countries such as Ecuador and Portugal, where female politicians receive one-fifth of the attention given to their male counterparts, we find a volume of conversation with near parity in the two countries in the Southern Cone and in Panama. In Spain, despite having a majority of female cabinet ministers, more conversation is still generated about male politicians.

Women business leaders are those who suffer the most. The “double bind” bias consists of the criticism of women for conduct associated with their visibility, while, more importantly, this is positively valued in men. As if this were not enough, they also receive negative feedback if they are identified with theoretically opposing attributes. For example, women business leaders are criticized for being ambitious (27% more than men) but are also criticized twice as harshly as men for showing empathy and being accommodating. Qualities that are theoretically objective like independence (13%) and competitiveness (8%) are negatively assessed in general, and are particularly criticized in women.

Other characteristics of conversation

In the 12 countries analyzed, the most violent conversation relates to men, and accounts for 3.65% of the total. With few exceptions, it seems that male business leaders receive this type of verbal assault more often and that, among women, journalists are the most exposed. In the case of North Americans, this is even higher than for men (up to 24.12% more).

The identity of women is defined by their gender, partner or position held in conversation, above all in Ibero-American politicians and business owners, and in US journalists and business leaders. It is still common to describe women leaders as “the wife of”, more so in the case of Spanish-speaking women business leaders, reaching a difference of as much as 62% compared with men. This also happens more often with US business leaders, with almost 30 points more mentions than those received by men. In Ecuador (102% more than men), Spain (103% more) and, very particularly, Mexico (242% more), the sentimental relations of women business leaders are clearly the subject of conversation. As regards female Ibero-American politicians, this is also common (a 34.8% difference).

In general, women who express their feelings generate a 23% more positive sentiment than men, although the trend is reversed for women business leaders, whose emotions generate 42% more rejection.

The tyranny of image varies according to country. In the business world, seven countries pay closer attention to the image of men: Brazil, Chile, Colombia, Ecuador, Mexico, Panama and Portugal. However, the rest show the opposite effect, particularly in Spain (+153%), Peru (+64%), Dominican Republic (+87%) and the United States (+23%), which means that, in total, women business leaders have a difference of almost 32 points in the number of times their appearance is mentioned.

Even in those countries where men are also judged by their image, women are exposed to greater negativity, particularly when mentioning their image. This is 28% higher in Mexico, 40% higher in Peru and 48% higher in Portugal. It is thus understandable that women business leaders feel more pressure and that, if they decide to enhance their visibility, they always do so projecting a more careful image than men, with the time and work-life balance difficulties that this entails. Furthermore, complimenting female appearance is separated by a thin line from sexualization, trivialization and harassment. By way of example, attributes like “sexy” appear three times more associated with women than with men.

The complete report can be downloaded here. 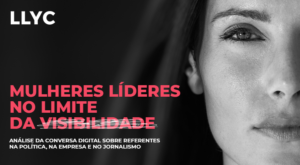